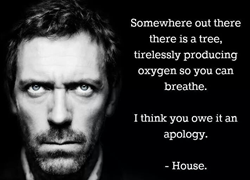 I read a blog titled, "The 6 biggest property investment myths". You won't believe the rubbish it was filled with. The introduction was ironic...

"Misinformation can stop your property portfolio in its tracks. Make yourself aware of the most common investment myths to separate fact from fiction."

The blog then started off with,

"The biggest danger to wealth creation is misinformation..."

And that's pretty much where the fact stopped and the fiction started. Following is a list of some of these "most common investment" myths.


Don't wait till you're ready

One of the myths was worded as:

"Waiting until you're ready is good advice"

OK, so if that's a myth, then the truth would be "waiting until you're ready is actually bad advice". Or would it be, "Don't wait till you're ready".

That is straight up and down insane advice. Waiting till you're ready (e.g. educated & financial) is astute advice.

The author went on further to say...

"Every day you sit on the sidelines you're going to watch prices and rents rise steadily".

Both prices and rents do not rise every day - they don't even rise every year. And when they do rise, it is not "steadily". Instead, they rise in bursts and go flat and even drop sometimes. Timing entry into the market can optimise an investor's success.

Do not rush into property investing. Make sure you're well read and in a solid financial position.

Another so-called myth was:

"Interest rates are pretty low. But won't they go up and destroy the market?"

Firstly, this sounds more like a question from a novice investor rather than a myth. So already the author has lost the plot of their own blog.

And interest rates are indeed low, that is not a myth. They are currently well below the long term average. Perhaps that was not the myth the author was getting at. Perhaps it was that interest rates rise.

Well actually, rising interest rates can damage property markets. That's not a myth either. One of the reasons the RBA raises rates is to cool a heated market to put a lid on inflation.

Are you starting to wonder what this author "wants" readers to believe? I'll bet some of you have already figured it out.

This myth was worded as:

So that's just a myth is it? You mean no property investor ever went bankrupt from losing their job?

How is that a myth? Again this sounds more like the concern of a first time investor. Obviously the author is not appealing to experienced investors, they'd see right through this trash?


Nobody's trying to sell you anything

The next myth left no doubt about the purpose of this blog:

"We're just going to sell you something"

Apparently, it is a myth that there are enterprises just trying to sell you something. Yeah, it's never really happened - just a myth.

I checked out their website and sure enough, they're trying to sell you something. They're flogging off developer stock. How did you guess?


You can afford it

The myths got even whackier:

"I'd love to invest in property but I can't afford it"

This is just a myth apparently. Imagine a school leaver with no savings and no job. So they're mistaken if they claim to be unable to afford a property, it's just a myth.

Clearly we're not dealing with a mental giant here. Smart enough to know how to breathe, but not much more than that.

Jumping in by the skin of your teeth without sufficient emergency money can be very dangerous. Make sure you can comfortably afford it.


How do these sharks make their money?

I sent an email to this enterprise asking how they make their money (I already had a pretty good idea). The reply I got back banged on about how they help investors, but it completely avoided the question. So I asked it again but didn't get a response. 'nough said.

From what I can gather, here's what they do to earn a buck:

This is really just the marketing arm of the developer posing as investor assistance - a.k.a. "shark".

If they were really going to assist investors, they'd pick the most appropriate property from the hundreds of thousands of properties currently available. They wouldn't just pick from the small list the developer has currently for sale.

This shark wrote another blog on the 10 key features of a hotspot. The number 1 feature was:

"Created or driven by a reputable developer"

The blog went on about property developments in Western Australia. That market is really suffering right now in the wake of the resources downturn. So of course developers need to step up the spell-binding marketing.

There are novice investors about to have their finances raped by sharks like these posing as investor's assistants. These sorts of investment mistakes honestly do ruin lives. It can take decades to recover from a bad property investment given how expensive property is.

I think the vast majority of these developers honestly believe they have good stock to offer. They just have no idea what good stock actually is. Very few are prepared to admit they made a mistake right at the start - location choice based on supply and demand.

You may not be easily fooled by that kind of marketing, but some will. Sharing this to your contacts might go some way towards making it harder for these sharks to operate and easier for new investors to recognise a shark attack.